The plan with season 3, and all other Trek series, is that they're going to spread across the year, so fans have something from that universe to enjoy. Executive producer Alex Kurtzman told The Hollywood Reporter that, "the intention is to have something Star Trek on the air all the time, but not necessarily on top of each other." This year, CBS All Access has given us Picard, and will debut the animated comedy series Lower Decks in 2020 as well as Star Trek: Discovery season 3. It's unclear which will come first, but we'd bet on Discovery.

Here's what we know about Star Trek: Discovery season 3, including its 2020 release date, where the story will take us after the ending to season 2, that first season 3 trailer and everything else we've learned about the series' return.

Star Trek: Discovery season 3 release date: coming in 2020, but delayed by the lockdown

Season 3 was confirmed on January 18, 2019, the month the second season began. We’re still waiting for a specific release date, though. Season 1 premiered in September 2017, and season 2 arrived in January 2019. With that 16-month gap in mind and a 2020 release confirmed by Kurtzman above, it now seems unlikely Star Trek: Discovery will return before June 2020.

Regardless, the actual launch date will be affected by the coronavirus outbreak, we just don't know by how much. During a Wilson Cruz Instagram Live, Anthony Rapp (Paul Stamets) said in the comments: "They’re currently editing and doing visual effects for Season 3, but it’s shifting to work from home so it’ll be slower than usual. No word yet as to how long that will take or when it will be released…"

On that same note, editor Scott Gamzon posted the following, confirming that Star Trek: Discovery season 3 is "going to take longer" but that it'll be worth the wait. We wish the crew the best of luck during this difficult time…

The Star Trek: Discovery season 3 trailer reveals the future of the universe

Above we can see the state of the Discovery in the future. We also get a sneak peek of David Ajala (Nightflyers) as new character Cleveland Booker. As reported by Variety at San Diego Comic-Con 2019, Kurtzman said Booker or ‘Book’ "is going to be a character that breaks the rules a little bit."

Interestingly, we also see a United Federation of Planets Flag with only six stars – is the Federation no more in this time period? Could they be the 'ghosts' Book refers to in the trailer?

It also looks like Burnham is spending a long time in her search to find "that domino that tipped over and started all of this." Early in the trailer we see Burnham change her hair and appearance, suggesting that her adventures may take months, or even years. 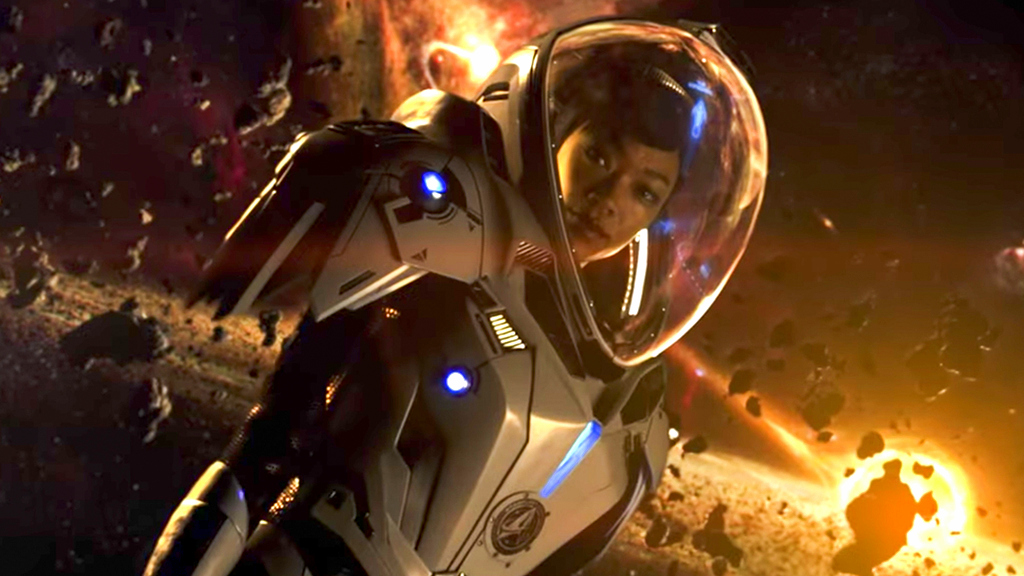 The first trailer confirms the reappearance of a number of returning actors. They are:

It might be worth forgetting Captain Pike and Spock, as they languish in the present. "Our bridge crew is so capable," Kurtzman told The Hollywood Reporter. "We're going to be using all of them much, much more. Especially because this crew has forfeited their lives for each other."

That said, will we see an appearance from Jonathan Frakes as Will Riker? He already made a cameo in Star Trek: Picard, as Jean-Luc stayed at his home and was later rescued by Riker from the Romulans. Now Frakes is teasing a "big tonal shift" for Star Trek: Discovery season 3 (via Comicbook.com). Some fans have criticised the show for being relatively dark for Trek, but Frakes says that it's now "got a lot of action-adventure and not so much pain," as Michael's priority is reuniting with her Discovery crew, rather than reconciling with her troubled past. 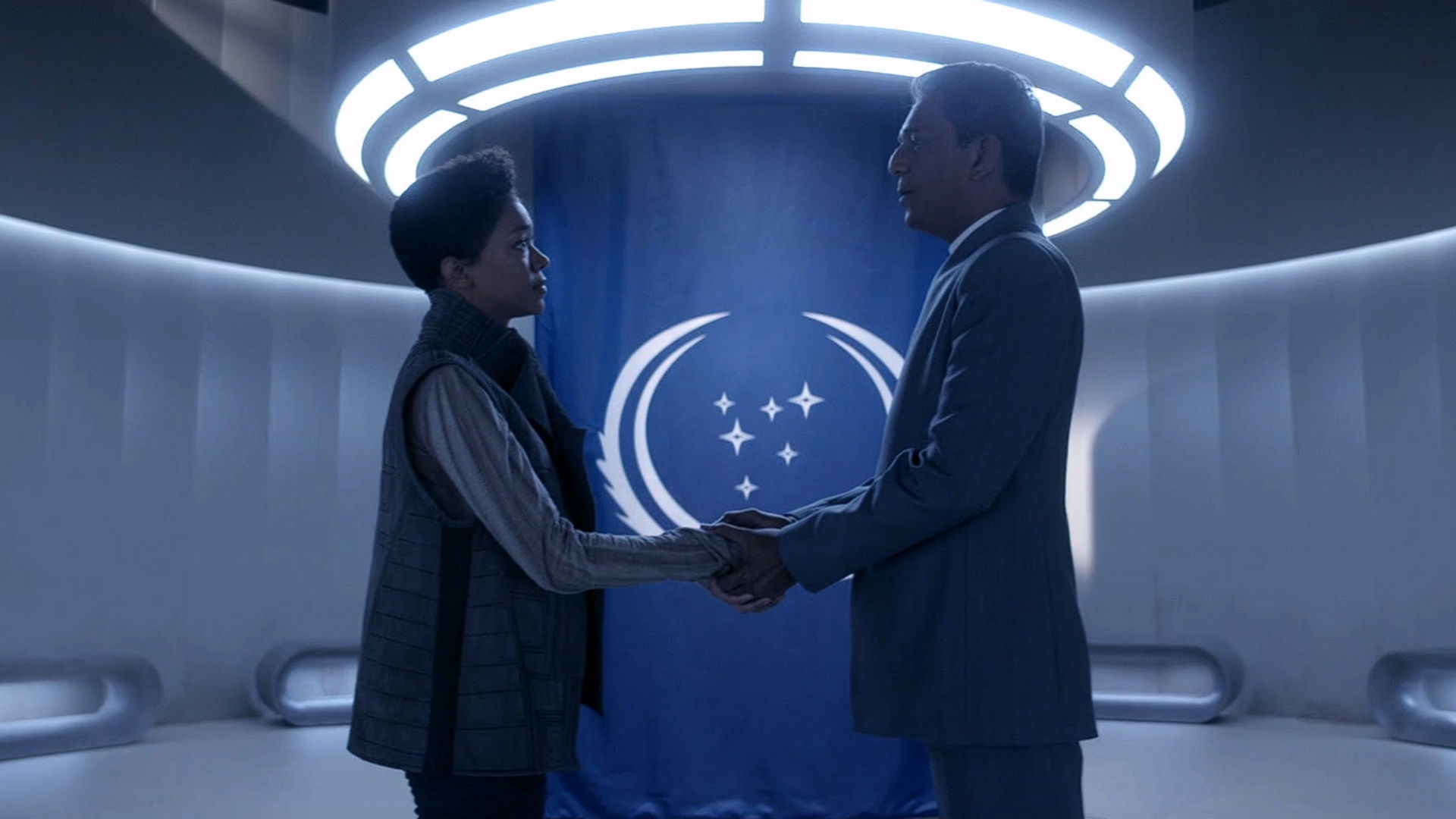 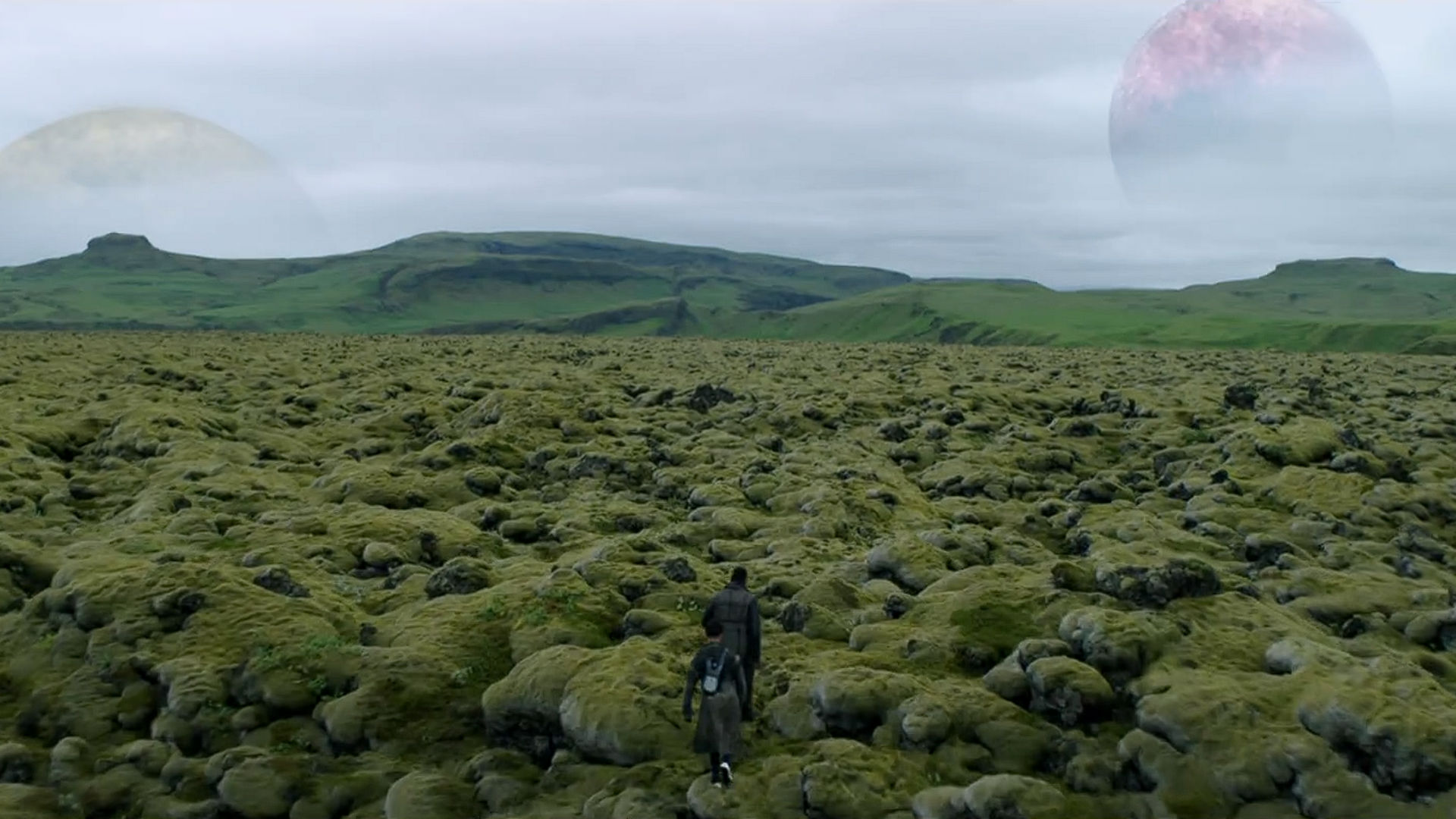 So, how far did the Discovery go? Also at SDCC 2019, Kurtzman said: "Obviously we made a pretty radical jump into the future at the end of season two – we're going almost 1000 years into the future in season three, which is crazy. Further than any Trek series has ever gone before." 930 years to the as-yet-unexplored 32nd century, to be specific.

Kurtzman also mentioned at the panel that he’s excited by the prospect of getting to "honor canon but shake it up hugely." For Sonequa Martin-Green, speaking to Syfy Wire, this is an opportunity for the show to boldly go where no one has gone before, properly. Visiting new planets, timelines, and sectors is "the perfect way to define us, because we are new yet familiar."

Speaking of Burnham, we know that it’ll have an impact on her. Martin-Green said to TrekMovie that "there has been deep deep deep change […] it’s linked to this very future we’re in. Basically, there’s a host of problems that this new future presents, an entirely brand-new tapestry of conflict."

Can Discovery bounce back?

The first season of Star Trek: Discovery proved a promising start to The Original Series, but it rather lost its way in season 2. Viewers waded through reams of exposition and technical jargon, and it mostly failed to capitalize on the engrossing, galaxy-consuming war of season 1. Hopefully this new Frontier will be the fresh start the series needs, without having to lean on familiar characters.